#ArgoVelo - Because a Snickers Bar isn't gonna ride a bike on it's own. 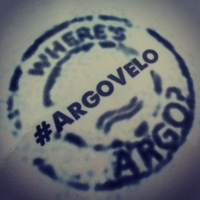 Along our route, we asked this question many times.
View Image Gallery

Nikki Sopko is thru hiking the Appalachian Trail. She wanted a Snickers bar. Marty & I rode our bikes to Virginia to give her one. And now, we will tell you all about it. (Part 1...)

Marty McParty & Point 7 head off to the enemy territory: PITTSBURGH.

Yes. We started in Pittsburgh. It was the most logical place to start, given our route. And besides, we had free beers to cash in on for the National Bike Challenge @ OTB. (HEY! Free brew from PGH on CLE miles!) Martimer decided to stay and hang with friends and I headed off to my couchsurf hosting pal’s house to store the car for a week and enjoy a nice night of sleep in the A/C. In the morning, our adventure would truly start!

Saturday:
What visit to the burgh does not start with breakfast at Pamelas? Hello, carb lover! And hello Great Allegheny Passage! We were off. BOOM!

Along the way we discovered that there were a lot of pipes in stacks as scenery. Why is that? Anyhow. The day was beautiful, the trail was neither wet or dusty, and the going was good. It was getting warmer as we headed south, so an important stop along the way was the Trailside in West Newton. Note: It has nicely priced brews to help hydration.

There were two other discoveries made on day 1:

Yah, I noticed a crew of 4 on touring bikes, sportin’ Thick Bikes jerseys. Heading in the same direction, none the less. The enemy is among us! I made a mental note to flag em down when I saw em again. #RustCrown photo ops were going to happen.

The day almost ended without incident…until we discovered parenting fails around Connellsville. Seems parents there do not advise their children of proper trail etiquette. Specifically: look before you enter the trail on your pink bike, do not stop in the middle of the trail and stare when people are heading towards you, and get the hell out of the way when you see people coming. I was able to avoid a pink rear tire by an inch but McParty was not. This quote was born: “I have momentum. You? Have a Barbie.”

For the record? The father just said “Honey, I told you to watch” and really? The kid was MORE than old enough to know better. Oh well. She isn’t broken. And neither was Marty’s bike.  Onward!

After an OMG-IT-SUDDENLY-GOT-HOT ride of 83 miles, we made it to Ohiopyle, where we met our pals hosting our Saturday night crash-site for cold beers, food stuffs and campfires. Day 1: 83 miles of success.
Except. Well. we didn’t find Argo anywhere.

Sunday:
A short ride day of 40 miles planned, because we had some PADDLIN’ GOIN ON! When in Ohiopyle, one must kayak the Yough. And so we did. (Thank you White Water Adventurers for the bike-sitting btw!)

And when riding through Confluence, one must visit Confluence Cyclery. And so we did. Love those guys!

This is also where we learned it would be better to take the C&O past our planned escape at Paw Paw, and push it to Hancock (yay Biker Bunk House!) before dropping onto the roads. So we put that in our plan.

But first, lunch at Lucky Dog, and destination Morguen Toole Company. Along the way? We met the enemy! Yup. Those were Thick Bike jerseys up ahead … I shouted PITTSBURGH … and suddenly had a whole new gaggle of new “friends!”

And talking the 4 of them into shacking up with us at the hostel in Meyersdale that night happened. YUP. Playin’ with the enemy. That’s how we roll.

(PS. Argo was nowhere to be seen)

Discoveries we made in Meyersdale: The hostel at the church is no longer there. Morguen Toole is not only a BADDASS bar, restaurant and hotel…but a hostel too. And one of their rooms had 6 bunks. It was a PGH-CLE #RustCrown love fest! With a hang-with-the-owner, drink-beers-and-watch-fireworks bonus. YES.
And…then? Goodnight. We had 90+ miles to go in the morning. BOOM.

Monday:
We parted ways with the Frienemies, but only after boobie-trapping their stuffs. (stickers were not stuck on frames or packs, rather, tucked into nice little hidden places. But water bottles were fair game! Enjoy your Bike Cleveland swag kids!)

This was the day we left the GAP and started on the C&O, too. Oh C&O trail, how I had forgotten the love I had for you (not). Let’s just say, ones tender behind gets a true beating along that trail. And why we thought it was a good idea to continue on it for an additional 30 miles, is beyond me.

But we did. And this time marks Time #2 that I have met a wanderer coming out of the Paw Paw tunnel (back in 2010, Charlie was found hiking the trail by myself and PGH-DC crewmates.) This year? It was Alexander Supertramp on a bike. All the way down to the berry eatin’ in fact. Only difference? Cody knows which ones not to eat. After chatting, we discovered that he had not seen Argo either, and sent him off with some Bike Cleveland stickers to hand off to our friends, should he encounter the Frienemies as he headed west.

And we made sure to stop at Bills Place (a C&O favorite!) for some liquid carb replenishment alongside some good eats before heading in for the night at the BEST place to stay on the trail: The C&O Bicycle Shop (and biker bunk house!). We were greeted by a 5 others heading in the opposite direction too. Company is good... Especially after 94 miles.

Tuesday:
After bidding the company goodbye (and giving them Cleveland Swag to pass to the Frienemies) we headed inside to talk with shop owner – Clevelander – Dennis. We told him of our plans to head down 522 towards Front Royal, and he told us how much it will suck (yay?). After swapping a few Cleveland stories and discussing the Frienemy situation, he gave us advice, wished us luck, and we were off! But not before leaving a love note in the guest book for our PGH pals.

There were a decent amount of roadside tomato stands, however. And with our stash of salt, we welcomed snack breaks.

As we got closer to our destination, McParty had to hit up a bike shop. He sped off ahead, while I wandered the cuteness of Winchester (and found a GREAT foodie-craft-beer-covering-the-walls café for lunch). Thank goodness for local bike shops! Because they gave McParty some good info for our last leg into Front Royal, which got us the hell off 522 for a while. The revised route added a couple of miles, but was SO worth it.

We dropped back down onto the #HorribleHighway right in time to hit up a Walmart before getting to camp. Yah. I know. Walmart. But we had to get food stuffs to last us 105 miles through Skyline Drive. And? Well ... a Snickers bar. (Should we find Argo along the way.)  And, can I just say that the employees at the Front Royal Walmart are the HAPPIEST Walmart employees I have ever run into? I swear, they must be huffin’ something in the whipped cream aisle, because they were awesomely happy-go-lucky. And, this is also where I introduced McParty to the art of resupply repackaging. (hikers, you know what I’m talking about). Anyhow…off to camp! And after tent setup, off to Front Royal in search of a laundomat (McParty’s request).

Did you know that Front Royal was like…down a big hill? One I didn’t wanna pedal back up after 70 miles of bar gripping fear? Did you know that none of the laundromats in Front Royal are open past like 6 pm? And did you know that if you ask, the dudes in the Ryder truck full of fireworks will happily shuttle you and your bike back up hill and drop you off at your tent?

Yah. That happened. Clean clothes for Marty did not. Neither did seeing Argo.

---did we find Argo? Stay tuned for part 2 in the next issue of the Great Lakes Courier! BOOM!