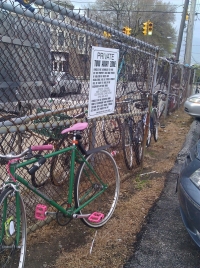 Fantastic Cleveland Tweed Ride (12 Photos)
The weather was positively British Saturday, April 27, but as the ride got underway, the skies ran out of water, and a dapper pack of wheelers toured the city, ending the day at the Happy Dog for beer, fine food, and socializing. 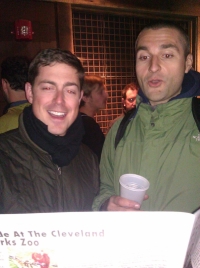 Respect The BIke (15 Photos)
Respect the Bike--created by Blazing Saddle Cycles, Travis Peebles, and James Rychak--was the final destination for April Critical Mass, and drew hundreds of cyclists to the Greenhouse Tavern for an exhibit of historic and current, Ohio-built bicycles. Plus, there was beer and great music. And did we mention that the Great Lakes Courier made its print debut?
Back to GLC Photoblogs